The IISOH is seeking a generous donor
who can fund the
BASKETBALL ENDOWMENT and the NAISMITH ACQUISITION
with a minimum donation of $2 million.

For specific details about the Endowment Program, click here.
The donation will be used for the acquisition of the Naismith collection with the balance going to the Basketball endowment.

This endowment will perpetually fund the development of the BASKETBALL collection in both the LIBRARY and MUSEUM
of the IISOH. The excess funds will be placed into a trust fund and invested in accordance with the instructions of the Board of Directors.
The interest from the investment is then used, on a quarterly basis, to fund the acquisition of books, programs and other printed
matter for the Library collection in order to develop a comprehensive research collection. Significant historical material for the Museum
will also be acquired through this endowment.


The IISOH is a Pennsylvania Non-profit Educational, Literary and Research corporation
under section 501(c)3 of the Internal Revenue code
Donations are tax deductible

Donations of cash IN ANY AMOUNT are invited from the general public, sports teams, businesses and corporations. For donations of $250 or more, the Board of Directors would like to honor the donor with an engraved brick to be placed on the cafe
patios and landscaped walkways that will surround the buildings and wind through the sculpture gardens. Major donations will be honored
with engraved plaques of marble, granite or bronze permanently mounted inside or outside the buildings on designated walls of honor
in accordance with the wishes of the Board of Directors.


The Library and Museum eagerly accept donations of material that are within the scope of its collections.
Collectors are encouraged to send us books, monographs, theses & dissertations, magazine and subscription collections for the library,
as well as posters, artwork and collectibles for the Museum. 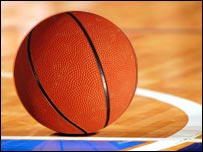 These lists are not comprehensive and are limited only by your imagination!


Keep in mind that Basketball is an international sport and that we seek everything -- in every language -- in order to
develop the most comprehensive Basketball collection in the world for educational and research purposes.


Basketball was invented in December, 1891 by the Canadian-born educator, Dr. James Naismith.
While teaching at the YMCA Training School, now known as Springfield College (Springfield, Massachusettes)
he invented the game by combining skills from various games. He used a leather soccer ball and two peach baskets
to have his 18 students play indoors without being too rowdy. There was a need for an indoor game in the gymnasium
that wouldn't be rough like lacrosse, soccer or football. The game became an instant hit with the students and within three years
the game was played in YMCA's worldwide. College students picked up the game quickly. In 1898 Naismith began his career at the
University of Kansas, where he coached basketball. His student, Adolph Rupp, later became famous at the University of Kentucky.
Amos Alonzo Stagg, at Springfield College with Naismith in 1891, became famous at the University of Chicago for both basketball and football.
Basketball was included in the 1904 Olympic Games in St. Louis and the sport officially became part of the program at the 1936 Berlin Olympic Games,
which Naismith attended and was honored. He died in 1939 in Lawrence, Kansas.


The sport grew into a major American collegiate and professional sport with such athletes as Bob Cousy, Bill Russell, Wilt Chamberlain,
Oscar Robertson, Jerry West, Kareem Abdul-Jabbar, Larry Bird, Magic Johnson, and Michael Jordan. Basketball became a worldwide
phenomenon and today it is played in the Olympic Games where the United States does not necessarily dominate play any longer.
International stars such as Russia's Andrei Kirilenko and China's Yao Ming now play professionally in the USA.


An incredibly popular sport -- basketball courts are found in nearly every playground in America, as well as in the backyards of large homes.
Hoops are attached to garages wherever a teenager lives and the sound of dribbling basketballs is the constant sound in every urban area of the USA.


The Institute's long-term goal is to become the most comprehensive
research collection in the world --
please donate generously to the Basketball Endowment.

For additional information on the SUBJECTS we collect -- click here --
These are the subject categories for which we are creating endowments.

The IISOH is a non-profit, educational, literary and research organization
incorporated in the Commonwealth of Pennsylvania to operate a library and museum
for the History of Sport, Physical Education, Recreation, Dance, Sport in Art and the
Olympic Games.


The IISOH is a charitable organization under section 501(c)3 of the Internal Revenue Code.